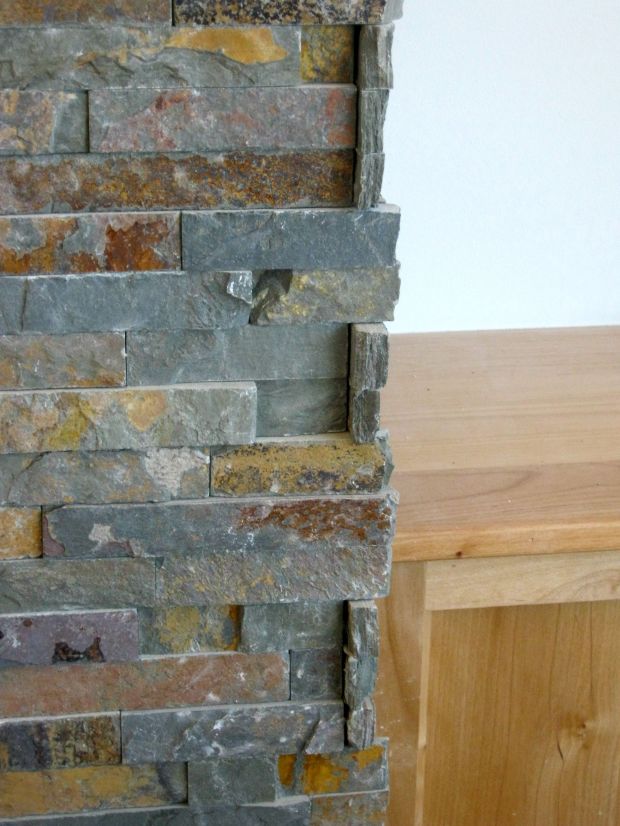 Fireplace shown before and after stone cladding

Martin Beggs of Namaste Solar lays out solar array on the roof prior to installation.

Carpenter Gary Friedlander lays out the rail pieces prior to installation. 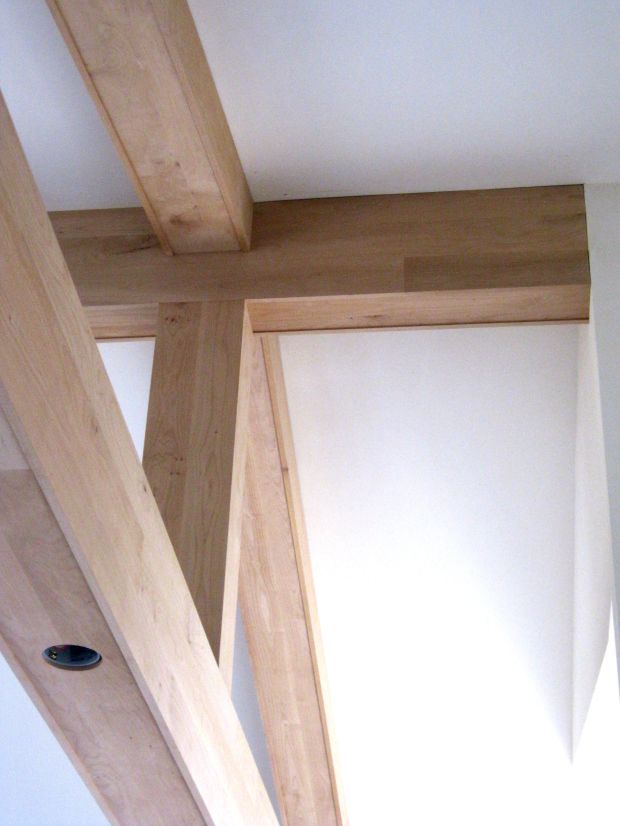 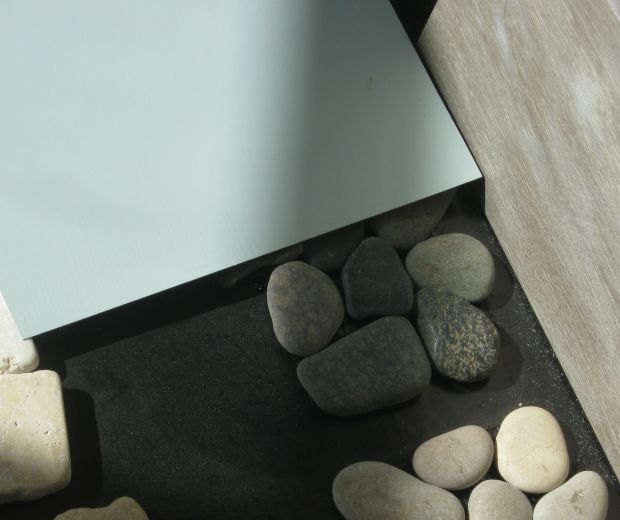 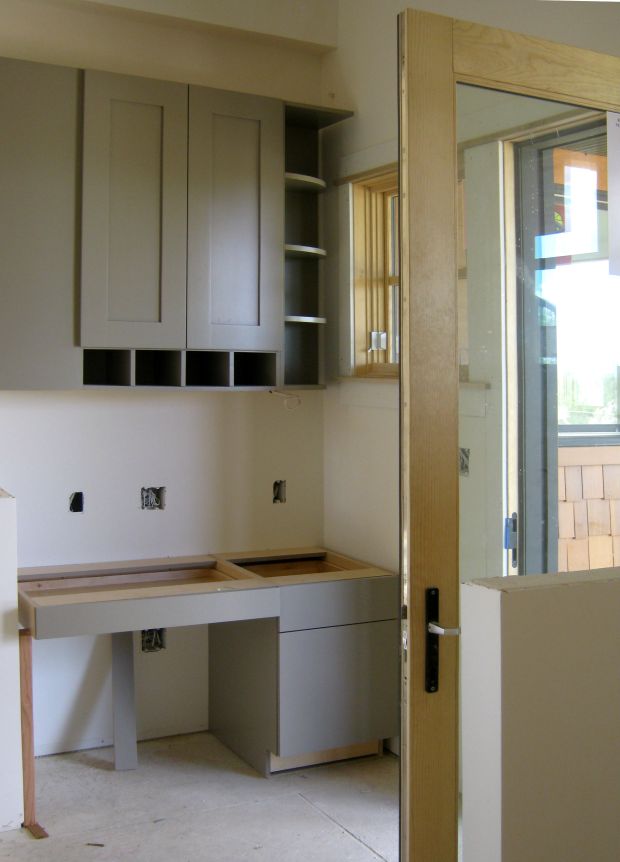 Desk by deck entrance in progress

Painters unmask windows and shingles after color is applied on trim.

Dave Barry’s painters work on long ladders on the west side of the building. 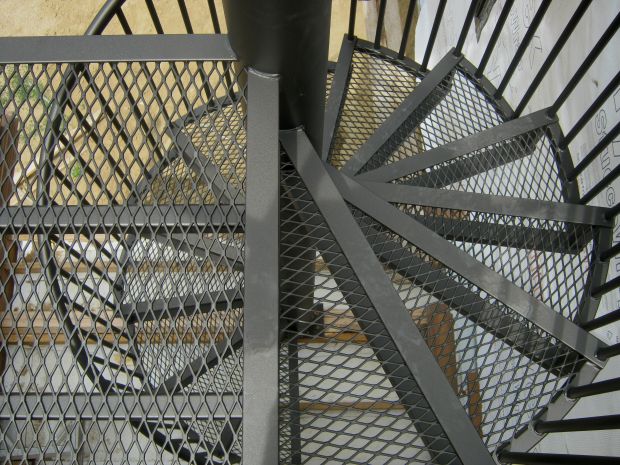 Scott Reardon, the general contractor, steadies the stairs as Mike and Lou of Quality Metal Fabricators bolt it to the structure. 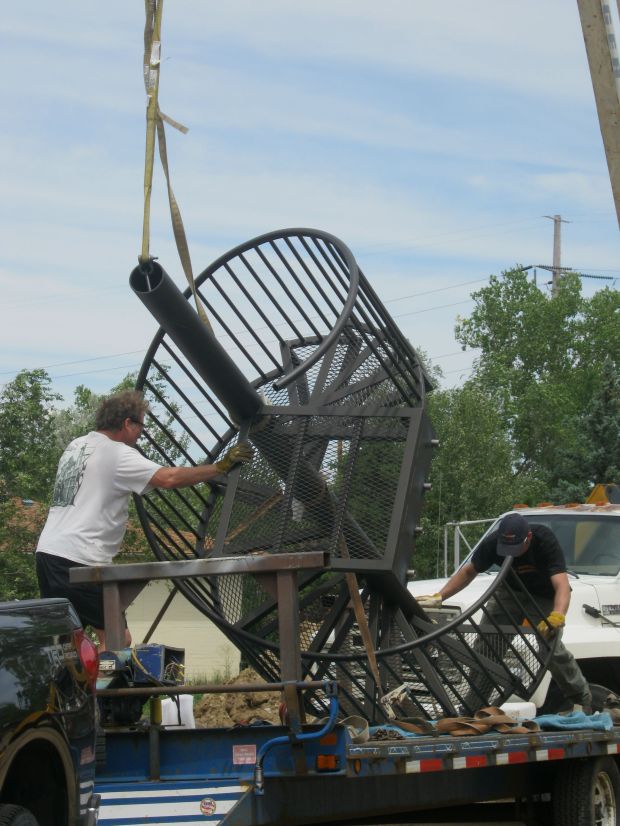 Paul of Green Flooring Company walks on the engineered flooring during installation. 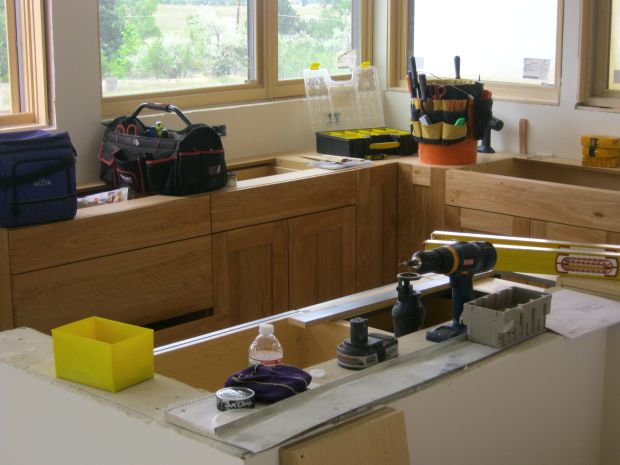 Randy and Rory of Wedgewood install the buffet cabinets. 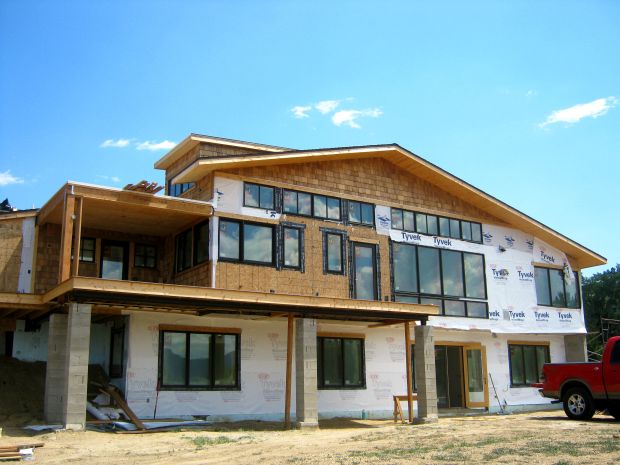 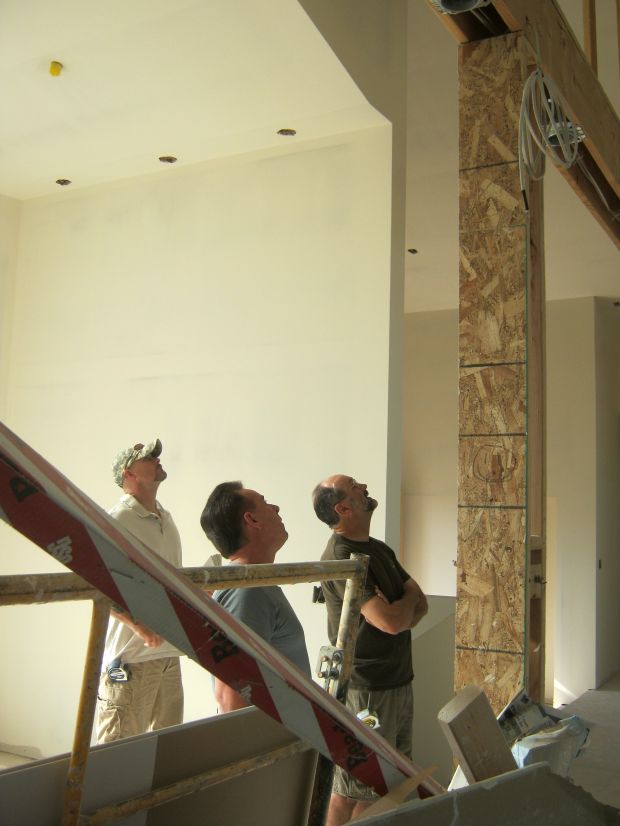 Plastic on windows protects them from sprayed primer. 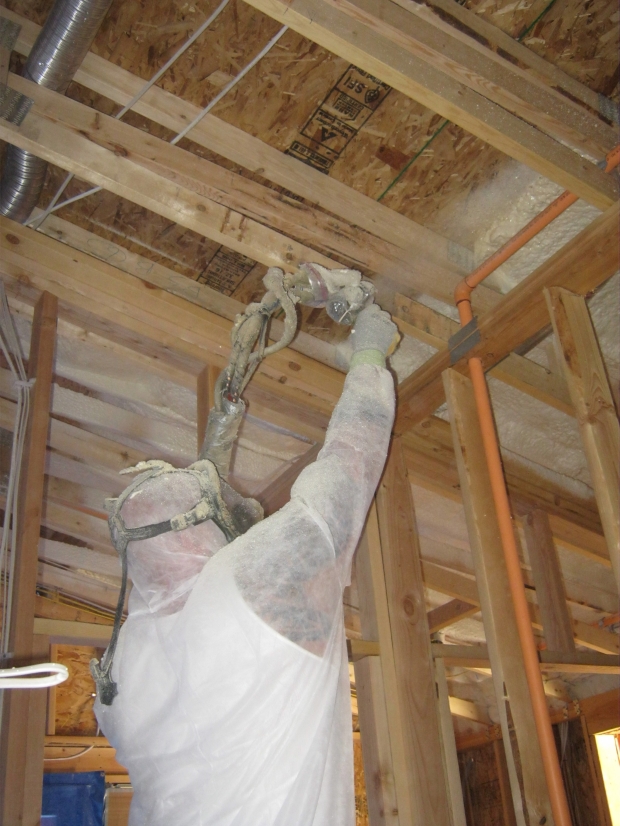 Inside, an installer with Fossil Creek sprays a skim coat of foam insulation under the roof sheathing. Then the cavity was filled with recycled cellulose to achieve a rating of R-53.

Dave Kilcrease of Reardon Custom Homes ascends the front steps. The newly installed garage doors can be seen in the foreground. 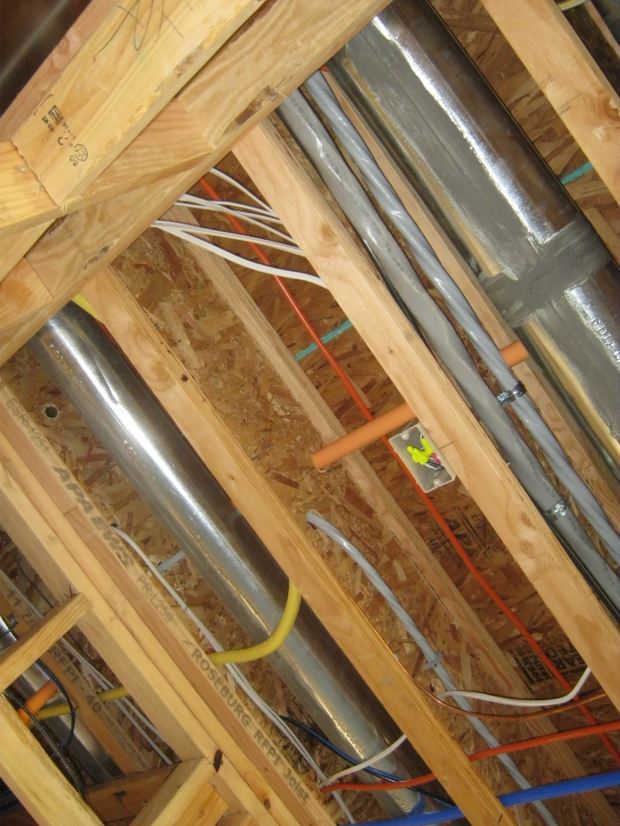 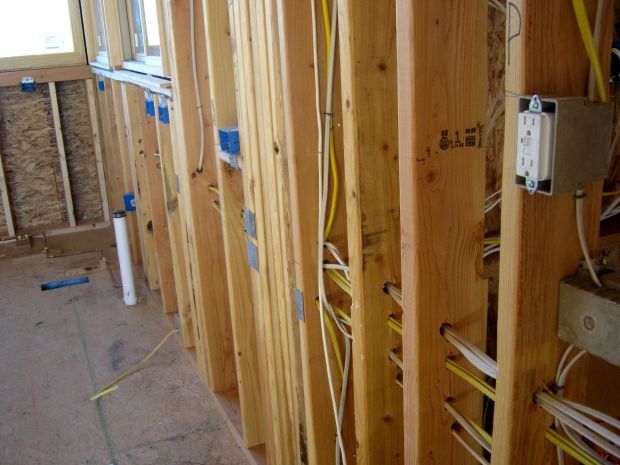 Meanwhile inside, plumbing, electrical, and air conditioning duct work are roughed in. This is a view of wall in the kitchen. 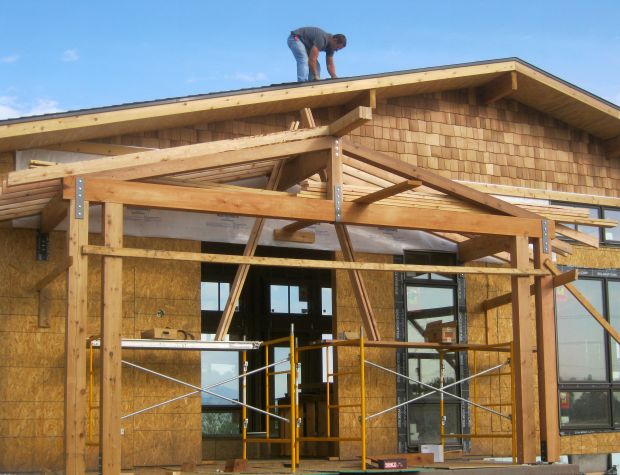 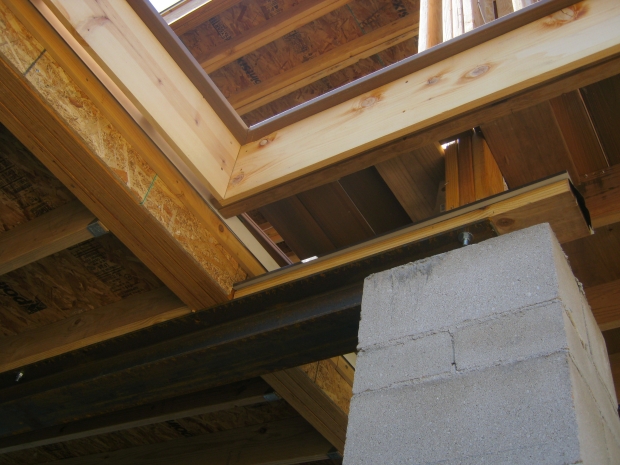 Once reinforced columns have cured, they are ready for deck framing. 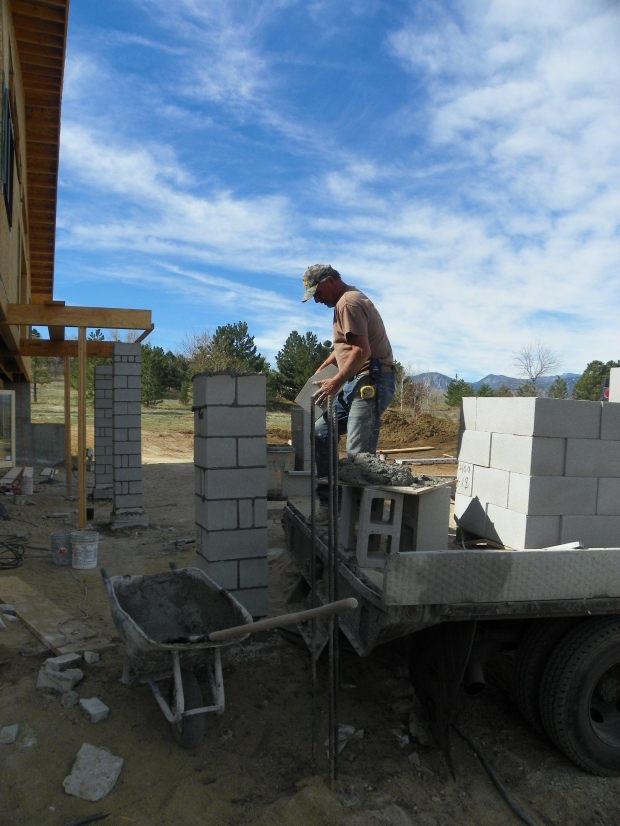 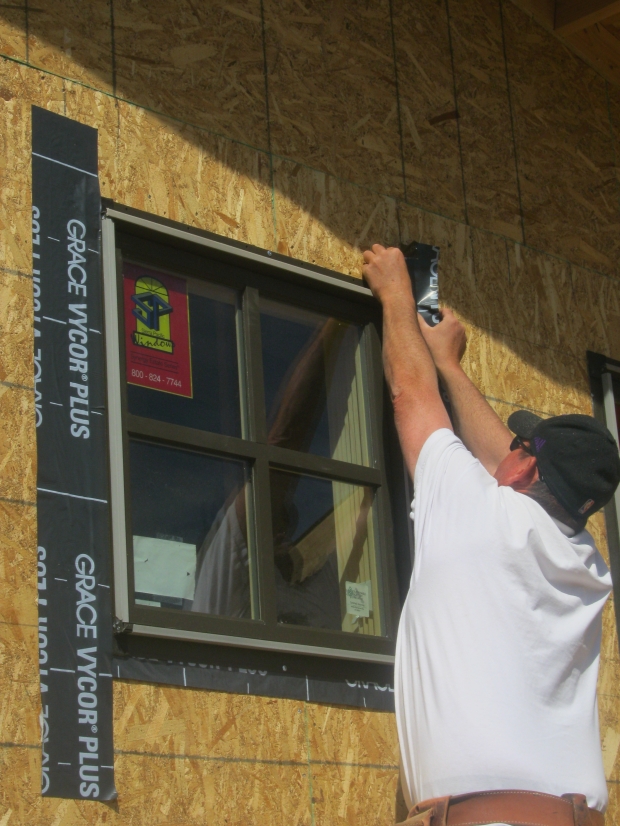 After window has been fastened into the framing, carpenter applies face flashing. 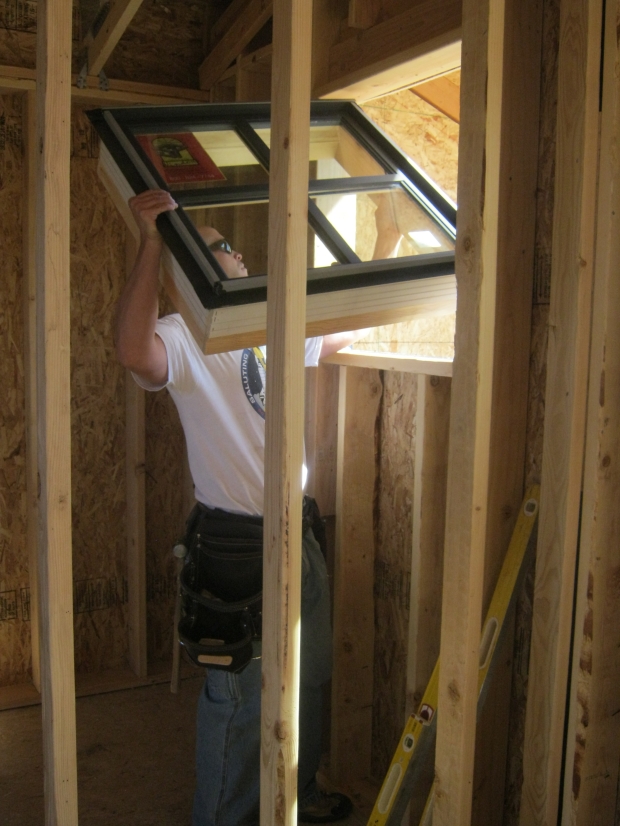 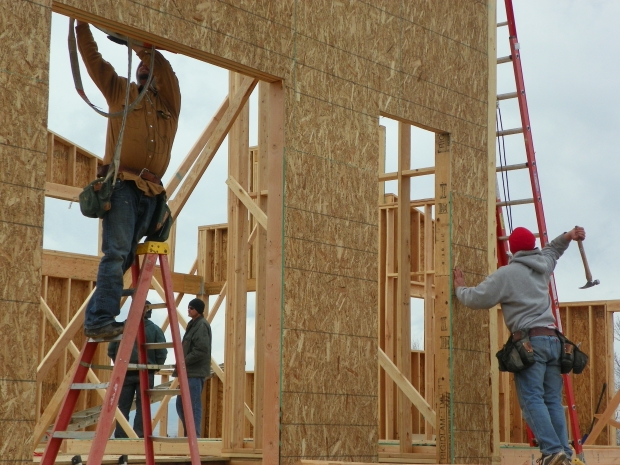 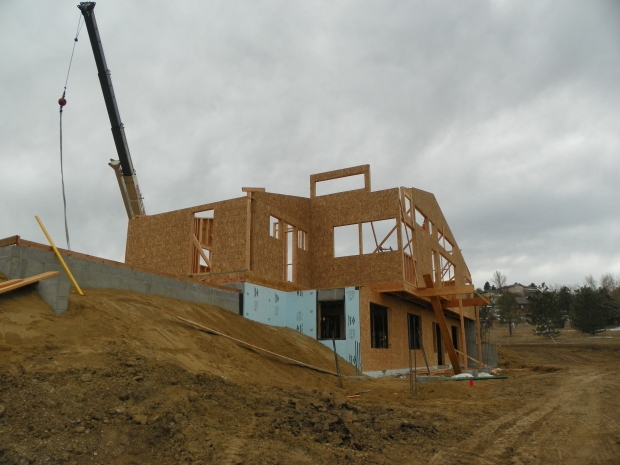 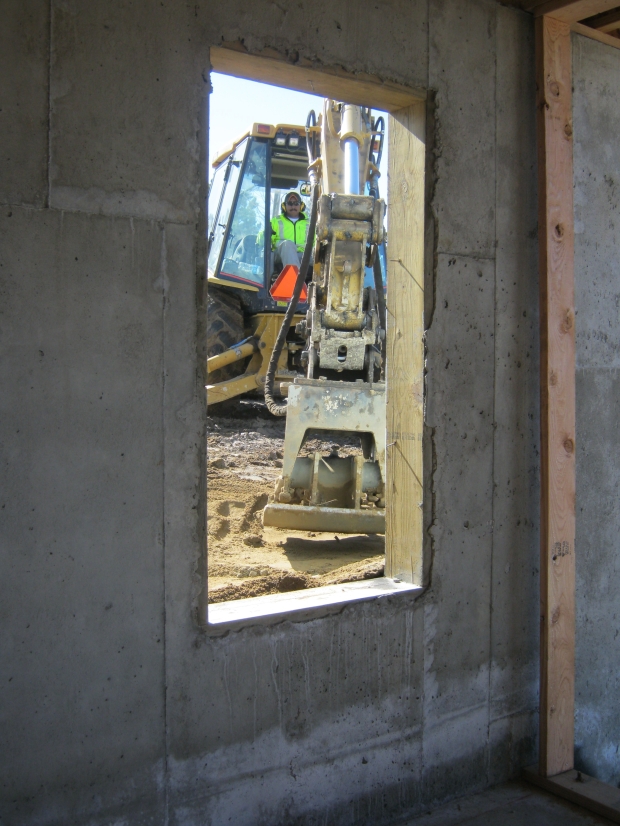 Compaction of earth around foundation walls

Detail of rigid insulation over void forms over vapor barrier on gravel base. Over this assembly, the plumbers will lay the radiant heat tubing that will be encased in the structural slab.

Boulder Flatwork prepares the structural slab substrate ahead of reinforcing and pouring the slab. 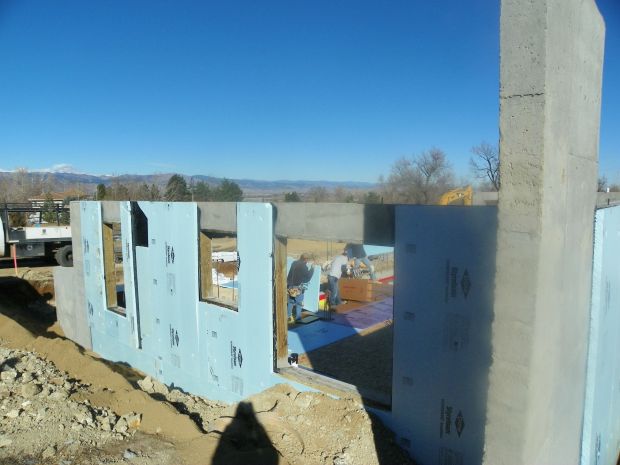 Formed, poured, and insulated foundation walls will be ready for backfill once the main floor is framed in place

Premier Foundations with O’Brien Pumping drill and fill concrete caissons in this video.

A crew drills and reinforces a concrete pier. 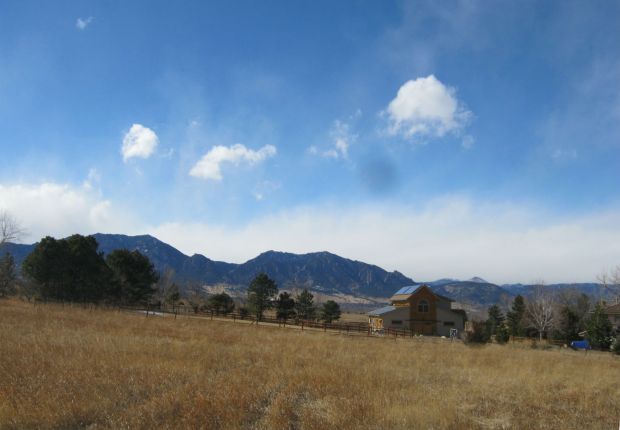 View from the meadow where the house will be located.

SketchUp three dimensional drawing looking out from the rooftop deck towards the Flatiron mountains of Google Earth. 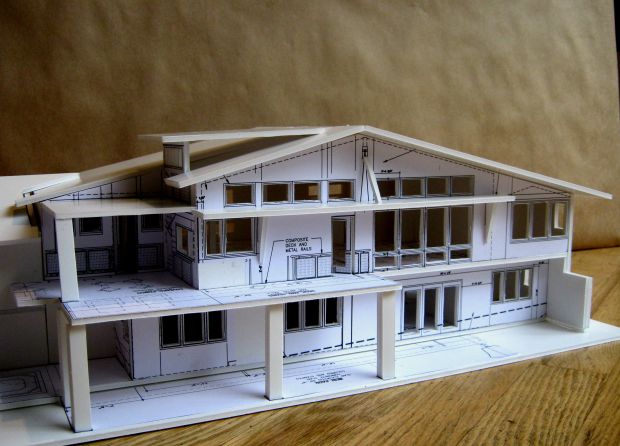 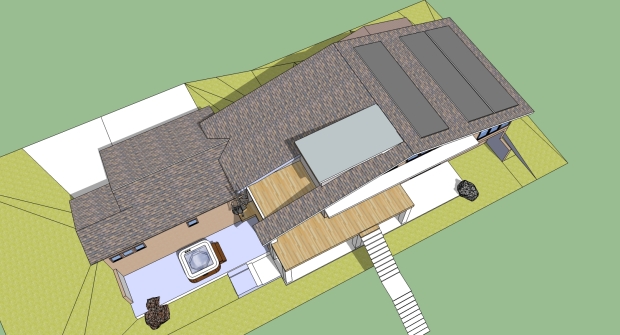 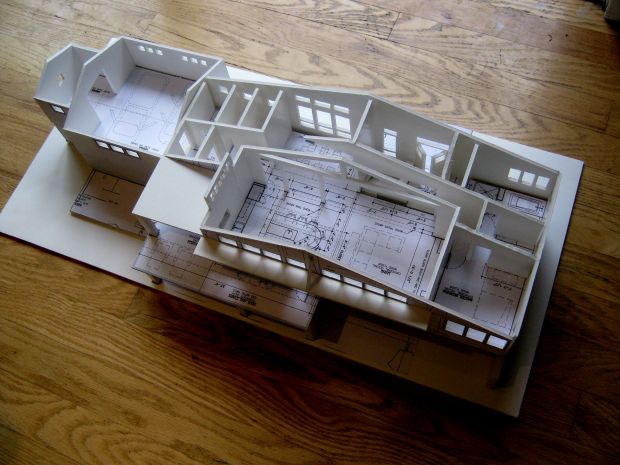 3 thoughts on “Meadow House under construction”